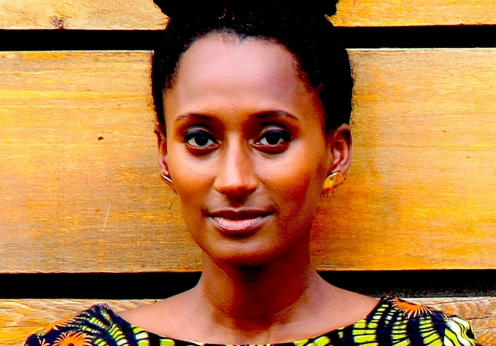 „My Fathers‘ Daughter : A story of family, feminism and belonging“

In this event, Eritrean born journalist, author and curator Hannah Pool will read extracts from her book My Fathers‘ Daughter, and talk about the joys and challenges of being a diaspora feminist returning home. Hannah’s talk will focus on questions of identity, belonging, intercountry adoption and the politics of being brought of black in a white society.
Followed by an audience Q&A.

Synopsis „My Fathers‘ Daughter“
For the first twenty years of my life this is what I knew about my background: I was born in Eritrea a tiny country on the north-east coast of Africa. My mother died in childbirth, my father soon afterwards, I was placed in an orphanage in Asmara, the capital, by a distant relative, or perhaps a neighbour. That’s it. The sum total of my family knowledge. Six months later I was adopted by a British academic and that’s how I ended up growing up in a white family in Manchester. And then one day, when I was a student in Liverpool, I received a letter with an Eritrean postmark. It was from my brother in Asmara, the one I never knew I had.My Fathers’ Daughter is Hannah Pool’s brave and heartbreaking story of her return to Africa to meet the family she lost – and the father she thought was dead…

HANAH POOL (UK) Journalist, author and commentator Hannah Pool writes regularly in the national and international media.Hannah has written features, interviews and comment for the Guardian for over a decade. Former Associate Editor of ARISE magazine, her work also appears in The Times, The Independent, Grazia and others.
Hannah is curator of talks and debates at Africa Utopia and Women of the World (WOW) festivals at the Southbank centre and curated the Southbank’s Nelson Mandela tribute.
Hannah’s book, My Fathers’ Daughter: A story of family and belonging is a memoir of her journey back to Eritrea to find her birth family. My Fathers’ Daughter was published in the UK (Penguin), the US (Free Press), France, and Holland to critical acclaim, and described by the Washington Post as “a significant and moving book.”
Hannah appears on BBC Radio (including Women’s Hour, The Jeremy Vine Show, The World Service), has spoken at TEDXEuston, Africa Writes and Africa Gathering, and was the subject of CNN’s African Voices. Hannah also presented ARISE TV’s arts and culture show.
http://www.hannahpool.com