You are here: Home / Exhibition / ToR – Tales of Resilience 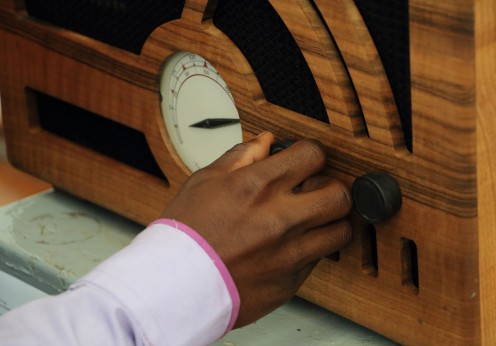 a project by Time’s Up

ToR traces individual, often unheard stories and anecdotes from people who move between different cultures and continents. People heading between their region of origin, their traditions, rites and other worlds. ToR documents and distributes their experiences, their adventures and their perceptions via a Radio Interface. ToR archives what these people left behind, what they take with them, what they collect and what they loose on their paths.
Such stories, narratives and anecdotes offer an insight into „The Other“: the other life, the foreign culture, the divergent approach and mindset. Parallel to „The Other“ they reveal „The Common“: consensus values, similar longings, mutual visions. While listening to these stories, while understanding them, they make us more tolerant in dealing with difference and multiple approaches. We get closer to each other and prioritize the mutual towards the separating. Through this, allegedly simple stories can become groundbreaking in terms of prospecting concepts of living together under more tolerant and accepting aspects.
We ideally depart from structures which are currently dominated through anxieties and wariness. Simultaneously the people we listen to (in our first concrete case – traveling minorities from the Binga communities in Zimbabwe) leave their stereotyped victim role behind them and present themselves as protagonists of social changes.
The main emphasize of the projects evolves around the topics of intercultural experiences, exchange, migration, exodus and departure and their motivating forces. The perception of population movement out of Africa to Europe is highly negatively connoted. The media-coverage narrows our views and manipulates our opinions. In the light of such adversed images we hope that projects like „Tales of Resilience“ will contribute to open up our perspectives that show positive alternative models of societies which can co-exit in tolerance.

ToR is / was developed in close collaboration with ARGE Zimbabwe friendship. Since more than 20 years ARGEZIM is maintains an active, respectful and prolific exchange of artists and initiatives between Southern Africa and Austria.
ToR is closely connected with KUNZWANA #1. The name Kunzwana is adopted from the original project by the late Keith Goddard, broadly following his ideas and legacy and is both a musical journey and cross-cultural collaboration featuring some outstanding and innovative Austrian musicians with their Zimbabwean counterparts.

TIME’S UP – Laboratory for the construction of experimental situations:

Founded in 1996, Time’s Up has its principal locus in the Linz harbour of Austria. Its mission is to investigate the ways in which people interact with and explore their physical surroundings as a complete context, discovering, learning and communicating as they do.

Thus our research is based upon constructing interactive situations not unlike the normal physical world, inviting an audience into them and encouraging their playful experience-driven exploration of the space and its behaviours, alone and in groups. In this research process we use tools from the arts and design, mathematics, science and technology as well as sociology and cultural studies.

Our goals are to collaboratively investigate the world and its options with a general public, communicating and discussing these discoveries through workshops, publications, teaching and symposia.