You are here: Home / Film / Opening / THE STUART HALL PROJECT 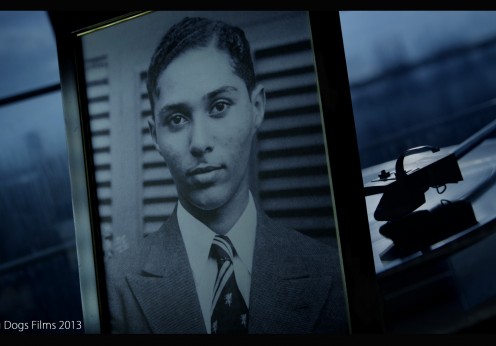 Synopsis:
Stuart Hall is one of the most influential and esteemed cultural theorists of a generation. A thinker and commentator, his peers include other giants of political commentary such as Noam Chomsky, Susan Sontag, Alan Ginsberg, Michel Foucault and Gore Vidal.  This documentary navigates the many events and issues on which Hall theorised in his many TV broadcasts.  These included the Campaign for Nuclear Disarmament, the liberation struggles of the 1950’s and 60’s, the end of European colonialism, the end of the Cold War, the rise of feminism, the Balkan wars and the ongoing  debates on race and class.

JOHN AKOMFRAH, born in Accra, Ghana on 4 May 1957, is one of five children of Ghanaian political activists.
Akomfrah is best known for his work with the London-based media workshop Black Audio Film Collective, which he co-founded in 1982 with the objectives of addressing issues of Black British identity and developing media forms appropriate to this subject matter.
Akomfrah’s work takes a deliberately questioning approach to documentary film. His debut as a director, the controversial and influential Handsworth Songs (1986), reworks documentary conventions to explore the history of the contemporary British black experience. Testament (1988) is a portrait of an African politician forced into exile after a coup d’etat. The emergence of Black Power in Britain is the inspiration for Who Needs A Heart? (1991) and Seven Songs for Malcolm X (1993). A departure from earlier themes, the BFI production Speak Like a Child (1998) is a psychological drama set in Northumberland.
A critic as well as a film-maker, Akomfrah has written widely about African cinema. He has been a member of the Arts Council Film Committee, and is currently a BFI Governor.